What a difference a word makes

I was recently asked to give a radio interview about the forthcoming publication of Adolf Hitler’s Mein Kampf.  A German research institute has been preparing a critically annotated edition of the book the German dictator wrote in the mid 1920s about his life and his political ideas.  These ideas were to shape the beliefs and policies of the Nazi party and thus many of them would affect the lives of tens of millions of people across Europe and beyond when Hitler became Germany’s leader between 1933 and 1945.

One could justifiably argue that this text and its universally recognised title should be classified as belonging amongst the most macabre products of the twentieth century mind.  With the critical edition of Mein Kampf imminent – it will appear in January 2016 – the media world-wide expressed its reaction.  My brief interview as a specialist on German language and culture since the late 1960s was to be a contribution to the erupting controversy over its publication for the first time in 70 years in its original language by a German publisher, i.e. since the end of the Second World War in 1945. 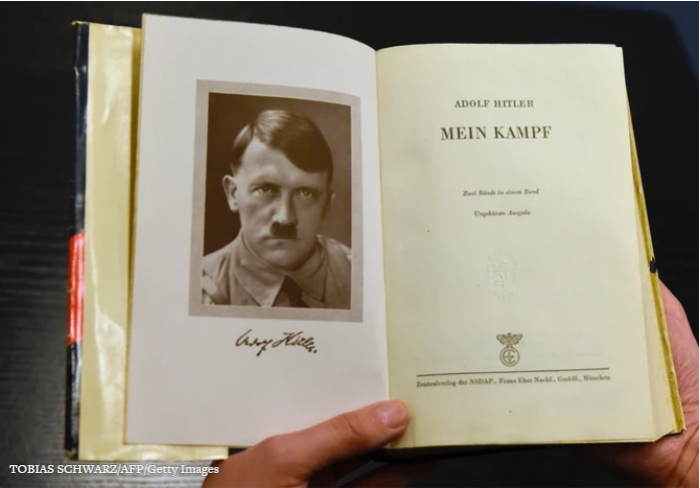 I only had a few hours to prepare for the questions posed early the next morning by the radio show’s presenter, so quickly did some research about the story’s background and started to tentatively formulate my opinions in my mind.  One thought in particular though started to creep into the more general process of critical reflection on this issue: the translation into English of the book’s title.  It should be said that the original German title is so universally recognised that it’s frequently left un-translated and not further commented on.

When, however, a translation is given it is mostly though not always rendered as My Struggle.  That literal translation personally sticks in my gut.  It expresses the pathos and the drama of an individual who pictures himself as the ‘little man’, the quasi-victim in other words.  The German word ‘Kampf’ can certainly express that notion. But the word frequently conveys the much more aggressively loaded image of a ‘battle’, or a ‘fight’ or ‘physical contest’.  That is indeed how Hitler saw his world and formulated his instinctive stance towards that world.  The title he chose is explicit and elementary.  It was to be a battle of wills, and Mein Kampf stands for a declaration of war against a nation’s and a people’s (imagined) oppressors.  The book’s title could therefore legitimately be rendered as My Battle, or My Fight or My War.  Those words capture much more truthfully the tenor of the author’s voice.

The translator’s task is never straightforward or mechanical, whatever area they are working in.  They rarely have a purely technical function.  Rather, they carry a moral and cultural responsibility as well.  In the case of one of the most evil and manipulative diatribes of the modern age we can see what a difference one single word can make.