Tips and techniques for translating German into English 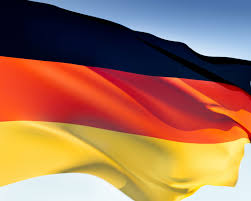 I have recently completed translating two very different types of German text into English. The one was purely technical German for a customer manufacturing vehicle bodies for large logistics and distribution trucks and smaller delivery vans; the other a scholarly piece written for an international volume of sociological essays on food and its mediatisation. They sound very different yet required a similar approach and actually produced similar outcomes.

At a purely quantitative, statistical level the outcomes were strikingly similar. The original German language academic chapter had a word count of approximately 10,800 words. My translation was around 13,300 words long. I had added – or needed to add – a further 25%! The technical translation demanded an almost identical lexical supplement.

Part of the reason for this seemingly prolix approach is that I have always rejected literal renditions from German into English, however word and time conserving that may be. The key battleground for me is idiomatic authenticity versus literal accuracy – even though that may sound crude and mechanistic. Every passage in German invites me to at least partly interpret the original and that means needing to take liberties in my English version. This sums up fairly succinctly my translation philosophy.

As a consequence of this approach I automatically do a style and sound check whilst I’m in the process of translating and of course most systematically when I’ve finished the first major draft. This oral checking routine forces me to read my translation out aloud and reassure myself that it has the right ring and flow to it. It’s my voice. This reading out aloud (and back to myself) invariably requires the addition of some new words and is part of a process of subjective reformulation from the original language. Many of the added words are adverbs and modal particles that our language offers in order to either emphasise a key point or argument or idea, or to help modulate an intricate thought that may consist of several parts and meanings. The product of this style checking and altering is invariably the creation of longer sentences and clauses based around verb-centred structures.

And so now we come closer to the core of challenge facing translators of all and sundry German texts! To put it mildly (and quite sentimentally) Germans have a love affair with their nouns whilst we make our verbs the key players in getting our messages across efficiently. The Germans employ nouns as information carriers, which their semantically programmed mind automatically scans and comprehends. Arguably, our semantic scanning system prefers to seek explanations via clauses containing one or more verbs.

So whenever we literally face any German construction on the page we are being asked to decide just how many of the nouns, and especially the noun compounds, we can still leave in our translation and which of them require more radical trans-formational surgery. The English translator has to upset the German romantic attachment to their aptly called ‘Hauptwörter’ (‘main’ or ‘chief’ or ‘principal words’, i.e. nouns) and substitute one of our ‘Tätigkeitswörter’ (activity words, i.e. verbs). Of course this is bound to add extra words since a new clause is being created. Or, alternatively, when breaking down compound nouns one can or must substitute an adjective for one of the nouns comprising the compound. Frequently too the noun assumes such a predominant position in German syntax that it is left without an article so this may well need to be added. The word count is already mounting …

But if we think that noun concatenations are the only bugbear for the English mind to wrap itself around and de-concatenate, then we are deluding ourselves. German sentences do indeed have a beginning, a middle and an end, but not necessarily in that order. The translator is often left Desperately Seeking the Subject. And when we do eventually unearth it, we have to then re-assemble a sentence entirely and make sure it sounds as if a much more simple (!) English-language mind has constructed it. This is what I meant in my introductory paragraphs with ‘taking liberties’.

Our language likes to foreground and highlight the subject (the ‘doing’ element) and make everything else follow on inexorably from this. And if it helps you, as it often does, to carry out surgically strategic cuts then do so with confidence. Create a second, or even a third, main clause through full stops and thus simplify the sentence in question. Indeed, go well beyond this and be willing to break up whole paragraphs too in the name of comprehensibility by splitting into two more manageable paragraphs. This will necessitate – yet again – inserting more connecting words or clauses but the result is what matters.

Punctuation is a great tool in the hands of the translator. As I’ve just suggested, use our full stop to break up unwieldy sentences and over-weight paragraphs. But also use full stops in the many instances where the German language will use a colon followed by what is to all intents and purposes a new idea or point. Similarly, Germans use hyphens more than we do in order to squeeze yet another key point into a sentence. We would either substitute a full stop for the hyphen or a comma can suffice.

One needs to use one’s discretion with commas in general, as we know how crucial and regulated their function is in German. Intuitively I would estimate that up to 70% of commas found in German syntax are redundant in ours. Certainly in German texts consisting of large amounts of critical, analytical discourse the comma count can be significantly reduced. And so can the use of parentheses. For example, whilst I have bracketed a number of points in the above blog I’ve deliberately kept my thoughts as free flowing as possible, and therefore, I hope, both accessible and unconditional. Certain types of written German will employ parentheses, as well as hyphens, to add provisos, caveats and other qualifications to their main assertion and thus to forestall likely criticisms and rebukes. There’s even a construction much used in German which cleverly allows this formulating of an argument and a counter-argument in one and the same sentence. One half of a statement will contain the word ‘zwar’, whilst the second half will feature the word ‘aber’, ‘doch’, or ‘jedoch’. We have no equivalent for this clever argument-moderating device. So, off you go and find examples of this usage and think of as many ways as possible of translating it! Today’s assignment!

To summarise: my approach to translating is without doubt subjective. I do respect as far as possible the original facts and ideas found in the many different types of text I’m asked to translate. The German material I’m given by a client I do take seriously. But I’m guided equally by the responsibility towards the reader or end user of the material I’m communicating with, which means I have to aim for clarity and comprehensibility. Otherwise the original facts and thoughts literally get Lost in Translation. And, as I’ve been demonstrating in this blog, I’m steered by an awareness of some fundamental differences in the ways in which German and English speakers express themselves. This necessary sensitivity to difference adds a further layer of subjectivity. Yet, finally, it also creates that sense of satisfaction and even pleasure in de-coding the German mind and German experience for the benefit of English readers throughout the world.

For more details about our translation services, please see here